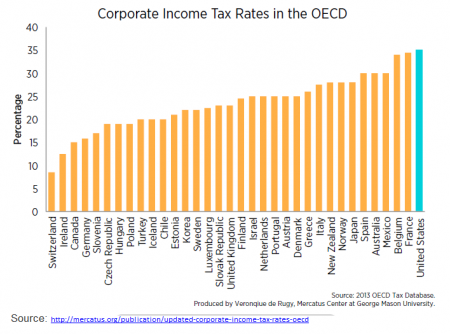 We know that the level of global competition is much greater today than it was ten years ago.  We also know that it will be even greater ten years from now than it is today.   Some respected authorities1 on globalization believe that it will become one of the largest transformational changes in world history before it runs its course and that it will rival The Industrial Revolution by that time.  Unless American attitudes change rapidly and dramatically very soon, one of the major themes when history books on this period are written 100 years from now will be that, in the midst of this enormous transformational change, Americans were largely oblivious to these global forces and how they were being impacted.  Right now Americans should be demanding that our elected leaders examine every public institution and policy with respect to its suitability for the 21st century, which some have called the globalization century?  That world will be dramatically different from the 20th century in many respects, most especially the level of global competition for jobs, educational opportunities, markets and investment capital.

The United Nations currently recognizes 193 countries.  One could make a strong case that the United States has, structurally speaking, the very worst tax system on the planet from the standpoint of global competitiveness.  In point of fact, it is probably worse than Malawi, Belize, Bangladesh, Iceland, Libya, Nigeria, Thailand, Ecuador, Afghanistan, Laos, Ghana and a host of other third world developing countries – not to mention the major economic powers: China, Japan, India, Brazil, Germany and the UK.  This conclusion is based on the fact that no other country has the following (or a comparable) combination of uncompetitive features in its tax system:

We should emphasize that when we speak of the uncompetitive aspects of our tax structure, we are NOT referring to the overall level of taxation, but rather to the manner in which the tax burden is collected.  Although largely hidden from the general public, the structure of our tax system has an enormous impact on our economic health, growth rate and level of unemployment.  Globalization has magnified our tax code’s negative effect.

The FairTax is the only tax reform proposal which fully addresses all four of the enumerated uncompetitive features of the current tax system to the maximum practical extent.  Enacting the FairTax would immediately transform the U. S. tax system from arguably the world’s worst in terms of global competitiveness to the model that many other nations would almost certainly copy.  Simply put, there is no other bill currently in congress that would stimulate our economy without increasing government spending and lower the unemployment rate on the scale that the FairTax would.  Global competitiveness is only one of the reasons for this, but it is a major one.