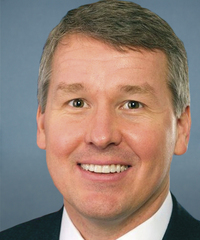 “The FairTax means freedom,” so wrote Representative Rob Woodall in the Gwinnett Daily Post on 4/18/14.  In the editorial, Rep. Woodall points out that hard work and risk-taking made this country great, and that we need a tax code which aligns tax collection with these core principles – the FairTax.

Woodall also points out that the FairTax provides freedom from “a burdensome, manipulative tax code that penalizes the very things we need to grow our economy.”  The FairTax frees businesses from “a convoluted, punitive compilation of regulations.”

A particularly important aspect of the FairTax that Woodall discusses is the “freedom of anonymity.”  He believes that no agency of the federal government should know as much about us as the IRS does.  The FairTax is “a giant step in the direction of personal freedom,” says Woodall.  It keeps the government out of our personal business. 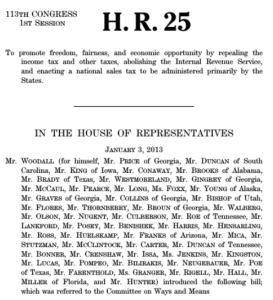 Woodall states that members of Congress become sponsors of the FairTax because their constituents demand it.  Currently, there are 84 co-sponsors of the FairTax Act, making it “the most popular fundamental tax reform bill in Congress.”  He also points out that the strength of the FairTax comes from the American people, not the politicians. If we all spread the word about the benefits of the FairTax to friends and neighbors, Woodall is “confident we will one day succeed in making April 15 just another spring day.” Rep. Woodall makes a compelling case for the FairTax.  H.R.25, The Fair Tax Act of 2013, is Woodall’s signature legislation.  He introduced the bill to Congress on 1/3/13.  Read his full comments in the Gwinnett Daily Post by clicking this link.