Update on the Georgia FairTax® Bill 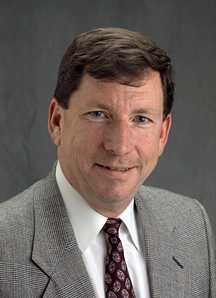 GFFT leadership received a much anticipated gift a few days before Christmas in the form of the initial draft of the Georgia FairTax bill.  That draft was sent by the attorney that AFFT had engaged to write a bill that conforms as closely as possible to the national FairTax model.  While there remains the task of writing the conforming amendments, as well as circulating the draft for comments among our leadership group and a few trusted allies in the economics and other professions, getting this initial draft was an important step.  Perhaps even more encouraging is that the initial reviews are very favorable.

While we are not ready to release our bill to the public, we did find the following language particularly noteworthy and we wanted to share it with you:

(1) is simpler and more fair than the sales and use tax in place;

(2) will promote savings and investment;

(5) will raise the standard of living;

(7) will enhance productivity and competitiveness;

(8) will reduce administrative burdens on the Georgian taxpayer;

(11) will respect the privacy interests and civil rights of taxpayers.

GFFT leadership has been actively engaged in meeting with state legislators and others who may be helpful to us in our endeavor.  While we have not yet finalized a decision on the bill’s sponsor (either in the house or senate), we remain optimistic that we will identify legislators in both houses who will recognize what a unique opportunity this is for the state of Georgia and the nation as a whole.  Georgia has an opportunity to lead the nation in competing for business and industry in order to create good paying jobs and broaden the state’s tax base.  The economics profession has long counselled that a broad-based, low rate consumption tax is the most desirable tax model because that form of taxation minimizes economic distortions and maximizes economic growth.  That is precisely what GFFT wants to implement for all Georgians.

While crafting a revenue neutral bill that will boost the state’s economy substantially without unfairly shifting the tax burden to any subset of the population is a very tall order, we have come to appreciate that the FairTax model gives us by far our best chance of accomplishing that.  GFFT leadership is excited about the progress that we are making and we hope that you are also.