The Wooly Mammoth in the Room: The FairTax Solution 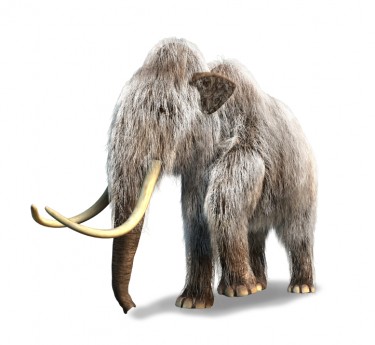 The leadership of Georgians for Fair Taxation has analyzed the tax programs being promoted or that currently exist as bills in the Congress. All of their proponents acknowledge that the current taxation system is like the wooly mammoth, and they don’t like all the hairy mess hanging off various parts of its body. So each of the programs, except one, would take a pair of scissors and chop some of the hair off – decreasing the capital gains tax, lowering the personal income tax rate, taking away some of the exemptions or deductions, and creating various other manipulations of the current tax code – in order to make the wooly mammoth prettier! But, unfortunately, it is still a wooly mammoth! None of these tax program proponents actively promotes the bold initiative, represented by the FairTax, to replace our tax code with a completely different animal. They think it’s politically expedient to keep snipping away at the beast, with the attitude that doing the same thing over and over is going to produce a different result! And we know the definition of that action – insanity! We want a simple, transparent, and fair system, instead of the monstrosity to which we are currently subjected.

In 2014, the curiosity level that motivates the American people to show a willingness to open their minds and ultimately embrace the benefits of tax reform through the FairTax has arrived. People are talking about the FairTax. Now is the time to educate them and increase their awareness of its benefits to them personally and to our nation.

Members of Georgians for Fair Taxation’s Board of Directors have created a new vehicle for FairTax education at the grassroots level. We’ve expanded our leadership in every Georgia Congressional District to increase the focus on non-partisan political participation, taxpayer education seminars, business owners and corporate ownership structures, and educational programs for high school and college students. Our District leaders are working with Georgia’s residents to pave the way toward a transition to the FairTax, the elimination of the current 71,000+ page tax code, and ultimately the repeal of the 16th Amendment. Currently, we have more than 51,000 acknowledged FairTax supporters in our Georgia database. We also have expanded our bylaws to include the promotion of the FairTax Model for replacing Georgia’s current tax system, so our State can remain competitive in the economic market place!

We will be following the candidates for all the major offices in Georgia and providing information to you about their positions on taxes and the economy.  It’s our role to give you the information you need to determine which politicians best represent your views on this most critical of issues, your pocketbook.