Whose Government is this Anyway? 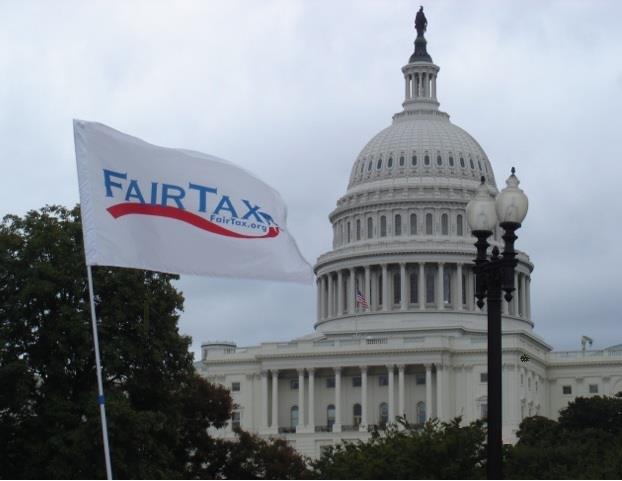 A Political Lesson from South Carolina

Georgia’s not the only state where voters would like to see their state income tax eliminated. Our neighbors to the northeast are considering it as well. In fact, South Carolina moved a “FairTax” type bill a lot farther along than Georgia has progressed. But a funny thing happened along the legislative path.

South Carolina’s FairTax® bill was scuttled in the state’s House Ways and Means Committee. The bill was presented to a five-person subcommittee, explaining how it would benefit the state, businesses, and residents. The subcommittee voted 4 to 1 to move the bill to the full Ways and Means Committee. However, the subcommittee reconvened in the afternoon that same day and did an about face. It voted 4 to 1 against moving the bill forward.

John Steinberger, SC Carolina FairTax Chairman, learned that lobbyists had persuaded committee members to change their votes. These are the folks who troll for special income tax breaks for their clients. If the SC bill were to pass, no businesses would pay income tax, and the lobbyists’ clients would no longer enjoy – or need – special treatment.

FairTax bills do away with the income tax. Lobbyists devote most of their time trying to secure income tax breaks and regulatory advantages for their clients. Take away the possibility of income tax breaks through the FairTax, and lobbyists will lose much of their own income. Companies won’t pay them the big dollars if they can’t secure tax benefits for those companies. So, the lobbyists fight ferociously any attempt to move away from the income tax. As long as we have this huge morass of conflicting tax laws, the lobbyists are happy because they have the opportunity to make sure that special clauses are put in the tax laws that benefit their clients. Simplicity and transparency are not their hallmarks.

Lobbyists have a lot of power. They greatly influence our legislators. They offer perks to legislators, sponsor trips, and in many cases even draft legislation. They also have the resources to generate major publicity that favors their point of view. The FairTax is unwelcome in this arena because it doesn’t favor any special interest group. The opposition to the FairTax can scare legislators. Go to the Georgia state capitol any time the legislature is in session and you’ll see the lobbyists out in force. During the last session, a FairTax volunteer was struck by the fact that he was the only person he encountered chasing legislators who was NOT seeking either some type of special treatment or more of taxpayers’ money for their particular cause. No doubt this happens at the Federal level as well. Many of these lobbyists will oppose the FairTax because it limits their power and their income.

More often, though, that’s not the way that money influences politics.  Few lobbyists proffer an explicit quid pro quo to elected officials.  They don’t have to.  Their influence comes simply from having more access to those officials than the average voter, having better information than the average voter, and having more staying power when it comes to promoting an obscure provision in the tax code that means billions for their clients and nobody else cares about. (Barack Obama, The Audacity of Hope)

Because we have limited resources, we can’t afford to have lobbyists pushing the FairTax in all of the legislatures. But our cause is not hopeless. We need to take action ourselves. We need to elect legislators who will promote and advocate for the FairTax. If our leaders do not understand the FairTax, we must see to it that they become educated about it. Then we have to hold them accountable for advocating for the FairTax. We have to let them know constantly – at every town hall meeting, speech, or other event that they attend – that we want the FairTax and that we expect them to get it for us. If they vote against the FairTax, they must know that it will cost them their jobs. We will find other FairTax candidates to support. In other words, we need to be the lobbyists.

We also need to talk to our families, friends, and neighbors. We need to convince them that the FairTax is much better for our country, our state, and each one of us. We need to get them on board. The more people we have demanding the FairTax, the more power we will gain. If we secure enough power, our legislators will have to listen.

We also need to understand that replacing the income tax with the FairTax will be a prolonged fight. For every gain we make, there will be hundreds of lobbyists out there trying to upset that gain and trying to stack the deck against us on the next step. We must persevere.