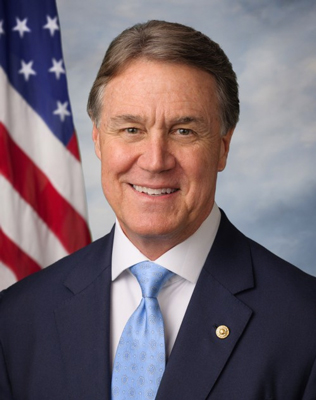 Georgians sent me to Washington to tackle our fiscal crisis.

Our skyrocketing national debt is more than $18 trillion and there isn’t enough urgency in Washington to rein it in. Our debt has caused a tragic and downright embarrassing phenomenon: My generation is the first in American history to have to tell our kids and grandkids that their generation will be worse off than the previous one.

We have passed the tipping point. As an outsider to the political process, I understand we need to take bold steps now, before our debt and its disastrous consequences become inescapable. One of those bold steps is the FairTax.

That is why Sen. Jerry Moran of Kansas and I recently introduced the FairTax Act of 2015 in the U.S. Senate, and Rep. Rob Woodall, a fellow Georgian, introduced this bill in the House of Representatives.

While the FairTax has its roots in Georgia, we are building momentum at the grassroots level across the country. But like any bold proposal, Washington insiders have been slow to act.

Together we can continue to grow this movement. The current FairTax proposal now has 74 cosponsors, making it one of the most widely supported fundamental tax reform bills in Congress.

Not only does the FairTax have powerful economic potential but it will also help rein in federal agencies like the IRS, preventing abuse and government overreach.

Under this plan, Americans would be encouraged to save and invest and the amount they would pay to the federal government would be based on what they actually consume.

The FairTax encourages innovation and investment and creates a level playing field with the rest of the world to support continued American growth.

Given my business background, I understand the conditions required for businesses to thrive and compete. Right now, the American tax system is choking growth and preventing businesses from investing, or reinvesting, in America.

As you read this, more than $2 trillion from American companies is sitting on the sidelines overseas. It’s not because these businesses don’t want to invest in America. It’s because our tax system dissuades them from competing here.

The FairTax makes America an attractive place to do business. By eliminating the capital gains and corporate tax, the United States would become a place for global investment and growth.

As President Ronald Reagan said, America was once “a shining city on a hill” for entrepreneurship and innovation. With an inviting tax code, it can be that light once again.

We can’t solve America’s debt crisis overnight, but because of its potential for economic growth, the time for serious consideration of the FairTax is right now.

This article appeared in The Atlanta Journal-Constitution on May 6, 2015. Click the following link to read the article online: http://on-ajc.com/1bxSuWG