Republican? Want to have more impact? Here’s how… 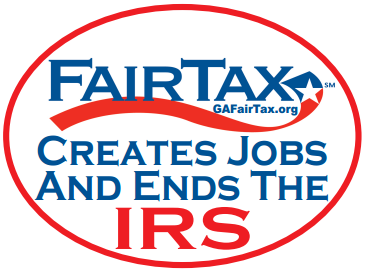 Georgians for Fair Taxation is a non-partisan organization. We promote the FairTax®, not any particular political party. However this message is for Republicans.

FairTaxers often inquire about what they can do to forward the cause of eliminating income taxes and replacing them with a consumption-based tax code. They often express frustration that elected officials don’t listen to them. Republicans are the majority party in Georgia and right now wield the power. And Republicans, right now, have a chance to have real impact on the future of the FairTax.

If you’re a registered Republican, and want a greater say in promoting real tax reform within the GOP, here’s a golden opportunity to increase your personal influence.

The Republican Party of Georgia will soon begin its process of electing delegates to represent the party at a series of meetings and conventions leading up to the GOP National Convention for the 2016 election cycle.

These elections begin with so-called “mass meetings” at the precinct level. That’s very close to your home. These meetings will take place on Saturday, February 7 from 10 a.m. to 12 p.m. all across the state. They’re held at a wide variety of local venues. You need to be there!

There’s nothing particularly “massive” about these meetings at all, so you shouldn’t be intimidated. In fact, they’re often so sparsely attended that you can get elected merely by showing up! By simply showing up, you have the opportunity to become a delegate at the next level of representation.

If FairTax supporters go to these meetings and get FairTax advocates into these delegate positions, we can move our supporters up the GOP ladder to where they can impact the party leadership and the platform. Bring FairTax friends with you. The more people you bring the more power you’ll wield. As long as you’re a registered Republican, you can participate.

Want to find out more about where your local precinct meeting will be held? Contact your county GOP organization for location details. You might be able to drill down and find some information on the GOP website (http://gagop.org/) but contacting your local GOP organization would be best. Act NOW! Don’t delay! Now is the time to step up and have your voice heard!