Our July Eatin’ Meetin’ Was a Huge Success

One more BIG THANK YOU to the crowded room full of FairTaxers who joined us on July 6th for our monthly operations meeting.  It was chock full of information. 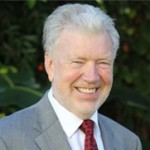 We welcomed Steve Hayes, President and Chairman, Americans for Fair Taxation, who updated us on the progress of HR.25/S.155 in Congress. Steve, along with meeting attendee Dick Bachert, championed a national consumption tax to replace income tax before Leo Linbeck, Jr., Robert McNair, and Jack Trotter combined to invest to fund a $22 million research effort that resulted in the FairTax. Check out America’s Best Kept Secret: FAIRTAX, by Al Ose for the complete story.

Steve noted that the overall news from the US Congress is encouraging. Pressure for real tax reform is growing. Members of Congress are more willing to meet with us than ever. “FairTax has become a threat,” according to Steve, a refreshing change from the days when many people inside the Beltway viewed us as an annoying, ignorable collection of hayseeds. FairTax is beginning to penetrate the membrane of the political class. AFFT is working with Republican presidential candidate supporter, Mike Huckabee, to help counter the attacks, some of which are just plain “goofy.”

Steve also mentioned a recent Heritage Foundation conference/symposium that he attended that allowed him to expose even more people to the merits of the FairTax. Criticism of the FairTax often comes from a misunderstanding of what it does and how it’s implemented. The forum provided Steve with the additional opportunity to counter those concerns.

The GFFT audience asked plenty of questions when Steve finished. GFFT State Director Jim Duffie asked about other Presidential candidates’ positions. Steve has talked to Carly Fiorina, who said FairTax was not on her radar. We’ll have to change that. He recalled that Donald Trump mentioned the FairTax on MSNBC’s “Morning Joe” broadcast on June 15th. Rand Paul is “thought to be reachable” but is concerned about how to get it through Congress and how long we will keep it. The more noise we make, the more Washington will listen.

Here are additional key points from Steve’s talk and our questions:

Al Abrash, GFFT Treasurer, asked Steve to clarify Ted Cruz’s position. Cruz is the only US Senator running for President who is a co-sponsor of S.155, The Fair Tax Act. But is Cruz 100% on board? Steve has met with Cruz’s chief tax advisor, who says: “He likes the way it sounds” but continues to mention a flat tax. This adds to the widespread confusion between a flat tax and the FairTax. Flat tax is still an income tax with all of the counterproductive, job killing features of any income tax. FairTaxers should always refer to the Flat Tax as the “Flat Income Tax”. Using these labels helps to clarify a key difference in the two very different ideas.

Steve also reported that Congressmen tell him POPVOX helps, but does not have that much influence. Dave Reichert, Washington state’s 8th District Congressman and member of the House Ways and Means Committee, told Steve that he pays more attention to phone calls from constituents than services like POPVOX. This contradicts feedback we get from FairTax activists in other parts of the country. Ignore whoever might be right, do both. Let our elected officials know you’re paying attention.

Call your elected official in Washington and in their District Office. If he or she is already a co-sponsor of HR-25, say “Thank You,” and ask your representative to speak out for the FairTax as 9th District Congressman Doug Collins did in the July 17th FairTax Friday. If your representative is not a co-sponsor, tell him you want him to support the FairTax, and provide two or three good reasons to do so. Congressmen (or their staffers) do keep track of calls from their constituents. Really, they do!

If you don’t know if your Representative or Senator is a co-sponsor check them out:

For the US House:   congress.gov/bill/114th-congress/house-bill/25/cosponsors

If your elected officials don’t hear from you they won’t believe it’s important to you and they won’t do anything about it. Jim Duffie noted that legislators believe that one call represents the viewpoint of about 5,000 constituents. As few as 20 calls on an issue gets their attention. He encouraged us to reach out to our elected officials.

GFFT COO Tom Brown asked Steve about Senator David Perdue who was very receptive and accommodating. On his first trip to DC, Steve visited Perdue. Perdue told Steve that he wants to be sure that the FairTax has legs. Steve described Perdue as “very sharp,” knows the issues, and is a real FairTax advocate when talking with his Congressional colleagues. There are now 16 co-sponsors in the Senate, a new record.

Our COO Tom Brown cited growing evidence that GFFT is gaining legislative stature for its grassroots efforts. GFFT is striving to maximize support for the FairTax at the Federal level as well as to replace Georgia’s state income tax with a consumption-based tax code. In the last two election cycles, volunteers have spoken out at town hall meetings, evaluated candidates’ tax positions, gone to their campaign events, and met personally with them. GFFT also implemented a grading system for Federal candidates in Georgia based on their FairTax support. It’s clear these efforts have gotten the attention of both candidates and the public!

We’re also open to your ideas. Be prepared to explain how they’ll be implemented and what you’re willing to do to make them happen.

We were honored to have David Klepinger in attendance. David and FairTax pioneer Neal White, who recently passed away, encouraged the assembly to “Keep on keeping on”. FairTax guru Phil Hinson recognized the efforts of GFFT Board member, Diane Earnest, who has managed GFFT’s live events and done a great job organizing and “rallying the troops”.

While many GFFT veterans are Baby Boomers, the primary reason for their participation is to improve opportunities for their children and grandchildren. Scott and Sherrie Gray of Videocraft Productions presented some techniques and perspectives on how GFFT can reach a younger audience, particularly Millenials, Gen Xers and Yers. Scott listed a variety of facts about them to contrast their interests and habits with the Boomers. The good news is that many in these younger generations are entrepreneurs who want a cause and will engage when they find one that’s appealing. GFFT must get to know this audience a lot better and develop content for it.

Al Abrash, our Treasurer, reported that while we’re doing a great job of controlling costs, we need to grow revenue if we are to execute the projects that will move us towards achieving our goal of passing FairTax legislation. Donations from events have helped, but will not fund all of the activities that we feel are needed to achieve our goals. Our entire staff consists of volunteers. No one is paid. Our leadership and active volunteers spend their own money and much time on FairTax projects solely because they believe in the importance of our cause. We don’t have offices. But we can’t avoid expenses like database management fees, event registrations, and on-site expenses, materials, and supplies, software and hardware computer needs, and professional services. Go to gafairtax.org/donate to help with a contribution.

State FairTax Initiative – Phil Hinson explained the need for professional econometric modeling of legislation we hope to introduce in Georgia very soon. This modeling (aka “scoring”) is essential for any bill to get serious consideration by the legislature. GFFT has selected the Beacon Hill Institute, a highly respected economic research organization to perform this task. Estimated cost is around $5,000. That will serve as the economic framework to then create an actual piece of legislation. Given that a variety of special interests are likely to come out in knee jerk opposition to our proposal, additional expenses will probably be necessary to rebut these claims. See gafairtax.org/state-fairtax-initiative/.

John Greaves is working to get FairTax clubs up and running in other parts of the state. gafairtax.org/local-clubs/

Greg Bleakley heads up the Athens area FairTax club which hosted a booth at AthFest in June. Although a whopper of a thunder- storm disrupted the event on Friday our volunteers persevered. If you’re interested in the Athens group, email Greg at fairtaxgreg@gmail.com.