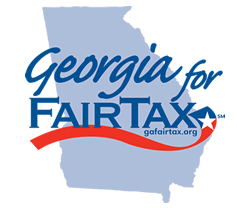 In a featured article on his website on March 20th, Newt Gingrich said that the most important step that states can take to spur economic growth and increase employment is to end the state income tax.

Newt related an interesting anecdote for those of us living in Georgia to illustrate his point that people and businesses are willing to choose where they live and operate based on income taxes. In a border dispute with Tennessee, Georgia believed that 30,000 residents of Tennessee were actually living in Georgia. Georgia wanted that land and those citizens back. But those same citizens wanted nothing to do with Georgia. They didn’t dislike the state of Georgia; they just didn’t see any value in suddenly having to pay 6% of their income to the state of Georgia. You see, Tennessee has no income tax. Becoming Georgians would cost each of these people hundreds or thousands of dollars each year.

The article continues with facts and figures showing that high-tax states are losing residents and tax-free states are gaining residents. And states with no state income tax are more prosperous than those states exacting heavy taxes on their residents.

Newt also discussed Virginia’s recent interest in ending its state income tax. Virginia has dropped from 13th place to 27th place in the tax foundation’s competitiveness score. (Georgia is third from the bottom on that score.) Virginia’s proposed approach to ending the income tax is to cap spending and then phase out the income tax.

Newt is encouraging all states with an income tax to follow the examples of income tax-free states such as Texas, Florida, and Tennessee and end their state income taxes.