Your help is needed to make change happen. 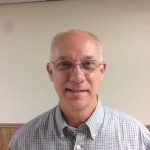 Chair, Board of Directors

Jay Franks graduated from The Georgia Institute of Technology with a Bachelor of Civil Engineering degree. After graduation, he spent five years designing, fabricating and installing production facilities offshore in the Gulf of Mexico for Chevron.

Returning to the Atlanta area, Jay entered into the commercial construction business as a Project Manager, building shopping centers and office buildings. While a Senior Project Manager with the H. J. Russell Company in the early 90s, he managed the renovation of several dormitories and classroom buildings on the Morehouse and Morris Brown college campuses.

Currently Jay is self-employed and is in the Railcar leasing business providing railcar leasing, sales, and logistics services to shippers throughout the Western Hemisphere.

Jay and his wife Lynne reside in the Suwanee, Georgia area and have three grown children located about the country. He is a Registered Professional Engineer (GA), an entrepreneur, and business owner. 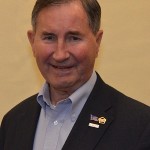 Jim has lived in Atlanta for most of his life, graduating from Avondale High School and from Georgia Tech, with a seven-year stint in the Navy dividing his years at Tech. He served aboard the nuclear submarine USS Skate. His career began in real estate sales, including ownership of three companies. From real estate, Jim moved into the mortgage business, where his experience included loan origination and formation of his own company, then into sales and sales management for several financial organizations.

Jim has been involved in the realtor and mortgage banking/broker communities, is a past member of the Buckhead Business Association and a current member of the Kiwanis Club of Downtown Atlanta, and is a lead volunteer of the USO Council of Georgia. He has been a member of First Baptist Church of Avondale Estates, where he has held numerous leadership positions. Jim was also GFFT’s state director for five years.

Jim ran for the Georgia House of Representatives District 81 as a Constitutional conservative and advocate to enact the FairTax.

Jim and his wife Mary, a registered nurse at Emory University Hospital, Midtown, have three sons and nine grandchildren in the Atlanta area.

Amy grew up in the Atlanta area, graduating from Walton High School and then from the University of Georgia’s Honors Program. Since 2000, she has helped manage her husband’s veterinary practice while caring for and homeschooling their three children. Prior to 2000, she worked for Aetna in sales and sales management for employee health benefits. It was while covering her sales territory in North Metro Atlanta that she learned about the FairTax as she listened to hours of talk radio! As a high school and college student, Amy studied abroad in Belgium and Russia and went on to use her French and Russian in international business before going to work for Aetna. 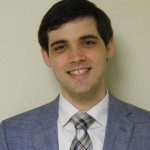 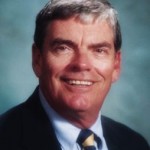 Mike is a professional actuary and a past president of the Casualty Actuarial Society, the international actuarial accreditation body specializing in property/casualty actuarial expertise. A graduate of Fordham College, Mike has a Masters degree in Mathematics from the University of Notre Dame.

He retired as a senior partner of Tillinghast-Towers Perrin (now Towers Watson), the largest independent actuarial and benefits consulting firm in the world. Previously he was senior vice president and chief actuary at Insurance Services Office, the nation’s leading property/casualty insurance rate-making and statistical organization. 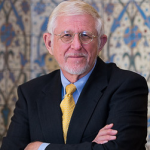 Michael Moore is the resident Rainmaker and Chief Storyteller in Atlanta. An Atlanta resident for 40 years, Michael is currently involved with several start-up companies and has recently joined the Board of Georgians for Fair Taxation, after over five years of interest and support. He is a member of the Buckhead 50 Club and has served as President of The Buckhead Business Association. He is also involved with CEO Netweavers and participates in mentoring, inflection point projects, and coordinating the on-boarding process for new members. Michael is an active player in the venture community and helps produce a monthly Shark Attack for Sharks and Bait at the City Club of Buckhead. He serves at Club e in College Park as Executive in Residence and Chief Operating Officer. Michael also serves on several nonprofit boards and task force opportunities in Atlanta.

Michael is from Alabama, a graduate of Auburn University, a Veteran, a life-long learner, and a recovering banker. His endeavors are balanced with a wife of 43 years, 2 daughters with sons-in-law, and 4 grandchildren under age 5. 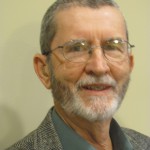 Dr. Brown has a Ph.D. in physics from Georgia Tech and worked for Georgia Tech Research Institute, a unit of Georgia Tech, for 32 years before retiring in 2004. During those 32 years he conducted research and developed and managed research teams. He is an instrument-rated private pilot.  Dr. Brown has been active as a FairTax leader since 2003. 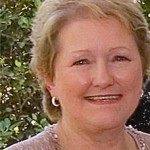 Diane is retired after 21 years with Akzo Nobel Automotive and Aerospace Coatings, the last 12 years as a meeting planner.

In addition to her FairTax activities, Diane serves as Chairman of the Planning and Zoning Board for the City of Norcross and is President of the Horizon Toastmasters Club in Peachtree Corners. 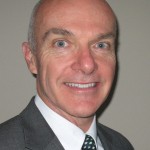 Bill is the 2014-25 Chairman of Georgians for Fair Taxation and has been active in GFFT for the past 8 years.  He also chairs the State Legislative Committee charged with replacing the Georgia state income tax with a FairTax, consumption-based tax code model. He’s lived in Georgia for 22 years and has worked in the media business for much of that time, including 13 years at The Weather Channel. More recently he’s been a consultant and done volunteer work at Northside Hospital, Forsyth. 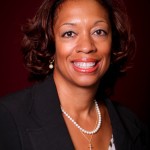 Lisa Thurston is a longtime supporter of the FairTax and has an extensive background in project management with some of Atlanta’s best known companies, including Delta Airlines, SunTrust, and Fiserve. She’s managed large-scale needs assessment, hardware and software implementations, and other IT-related projects. Lisa will serve as the official record keeper for various GFFT activities. 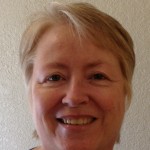 Debbie has been the owner and president of two ACT/SAT tutoring businesses over the past 20 years. She is also a freelance writer and editor. Debbie owned an ecommerce website for several years. Prior to tutoring, Debbie was a personal financial planner. She has written two eBooks dealing with aging parents. She is also a licensed private pilot and former flight instructor. 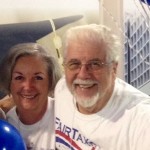 Mike has been an enthusiastic FairTax® advocate since he learned about it from Neal Boortz. He read the book, decided the FairTax makes sense, and he’s been pushing the FairTax everywhere he goes ever since. He served as State Director from 2010 – 2011. His proudest accomplishment as State Director was initiating a strategic planning process that is ongoing. Besides the research and economic power of the FairTax, Mike understood that this bill offers Americans equal protection under the law, a Fourteenth Amendment right. Mike spent most of his career in medical equipment sales, primarily ultrasound with Toshiba and GE Medical. He learned all about energy efficient houses while working as an energy auditor with Georgia Power, and now devotes most of his time to promoting the FairTax, especially the Georgia bill, and preparing for a second extended boat trip aboard the trawler Midas Touch. With the Warlicks, FairTax truly is a family affair. Mike’s wife Marian is equally involved in FairTax, editing the newsletter and working on the Facebook Phone Tree. On Advocacy Day, granddaughter Madison completed the first of a series of video interviews with Emory Dunahoo, lead sponsor of HB 1141, the Georgia FairTax Act.

Bill Reister has worn many hats – Steel Worker, Fighter Pilot, Technology Consultant, and just about every other role in Technology you can name. In addition to supporting the FairTax in his spare time, he is an avid supporter of Process Improvement and has served on the board of Atlanta SPIN helping to raise awareness in that discipline for over 10 years. Bill has supported the FairTax since before Neal Boortz’s book made it popular, and his passion is to help America once again become the most business-friendly nation in the world and to restore our country’s faith in the future. Bill still enjoys flying, and he and his wife Linda enjoy life with their four-legged furry children somewhere in the Cumming area.