It’s Election Time in Georgia, and a Lot of Your Money Is at Stake… 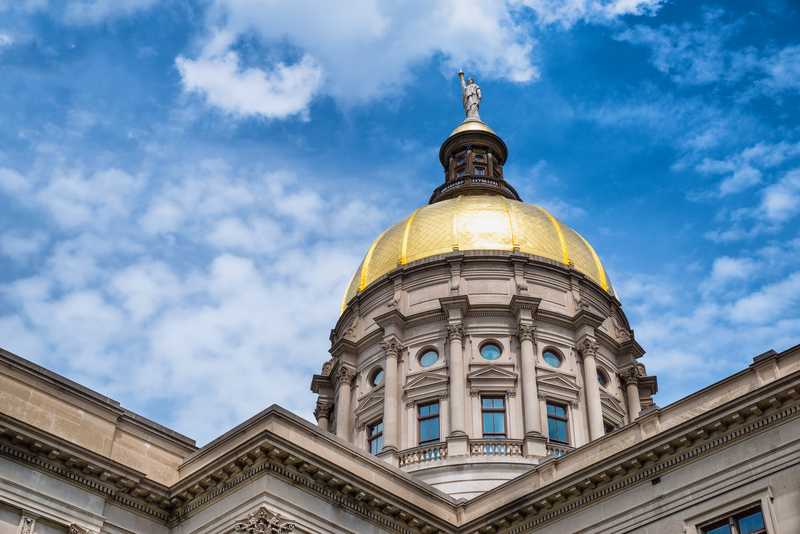 The state will spend about $45 billion in this fiscal year. A little more than half of that will be collected directly from you by the state. The other half is collected by and filtered through the Federal government and funneled back to Georgia via Washington DC.

The Governor’s role in tax legislation is key. If the Legislature stays in Republican hands, it will look to the new Governor for direction on the agenda. Particularly with tax bills, any significant change will probably need the preliminary OK from the Governor before it even makes it out of legislative committees. The two GOP candidates for Governor, Brian Kemp and Casey Cagle, are grappling in hand-to-hand combat. Democrat Stacey Abrams lies in wait to launch her attack as soon as her opponent becomes known. For you FairTax supporters, none of these three candidates could be described as advocates of the tax code changes you’d like to see.

Cagle wants to reduce the current income tax rate from 6% to “something below 5%.” When that “might happen” is uncertain and where below 5% it winds up is also unknown. He has described proposals to replace the Georgia state income tax with a consumption based code as “unrealistic.” Legislatures in neighboring Florida and Tennessee apparently disagree. Florida has never had an income tax. Tennessee eliminated its tax on wages in 2016 and will erase its tax on dividends and capital gains at the end of 2020. Both of these states continue to enjoy major economic growth.

Kemp seems more interested in the spending side of the ledger and wants to eliminate “wasteful” tax incentives. Georgia has a large and growing menu of incentives and credits to pick on. Existing or proposed tax breaks are typically designed for targeted benefits to a very narrow constituency, usually a business, industry, or other alliance. Georgians for FairTaxation does not support legislatures picking winners and losers through the tax code. It fully supports the elimination of these special incentives, credits, and other benefits that the rest of us don’t get.

Democrat Stacy Abrams is a tax attorney by trade. She ought to know about taxes. Maybe she’s doing her own personal tax protest, but she owes $50,000 in unpaid income taxes and has amassed another $170,000 in credit card and student loan debt. She wants to raise the state income tax by reversing the rate cut that was passed earlier this year. Abrams is a proponent of a state Earned Income Tax Credit (EITC). The EITC is very controversial. Conservatives claim it’s riddled with fraud. The IRS acknowledges that filing errors abound, even though most applications are filed by commercial preparers on behalf of the taxpayer.

None of these proposals look very appealing to us. Taxing consumption rather than income would boost Georgia’s economic and job growth more simply and effectively than any other plan. At this stage, the thing that might move any of these candidates to adopt a state FairTax approach would be for you to show up at their campaign appearances and tell them in no uncertain terms to support the FairTax bill that’s already in the legislature. In addition, your calls, letters, emails, and Facebook posts will get their attention. All three candidates have a Facebook page with the option to send a message.

Getting a FairTax for Georgia is in your hands.