Is it all Hitler’s fault? 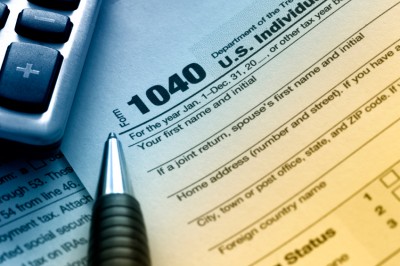 How does one of history’s most hated figures come up in a commentary about taxes? Read on.

World War II officially began with the invasion of Poland in 1939. Hitler had executed a Vladimir Putin type move in Czechoslovakia prior to that, but the Poland invasion is generally recognized as the start of events that ultimately killed millions of people.

When the US entered the war in 1941, the US government needed to make a lot of stuff – planes, tanks, guns, etc. That required a pile of money to pay for it all. Up to that point, income tax payments were made in the following year on a quarterly basis. You had to determine how much you owed and send it in. The cost of war blew a hole in the Federal budget. The government needed a lot more money, fast and consistently.  It couldn’t wait for people to send in their checks the next year.

In 1943, Congress passed the Current Tax Payment Act that authorized employers to start withholding the projected income tax owed by each employee from their paychecks. The government got the first bite of the apple before workers saw a dime. So it started with the war. But withholding didn’t stop with the end of the war. It proved to be pretty convenient for Washington, particularly as the role of the Federal government expanded in subsequent decades. Four generations later, taxpayers have been lulled into passive acceptance of paycheck withholding as a fact of life.

So if Hitler hadn’t risen to power and not started World War II, paycheck withholding for income tax might never have happened. He’s certainly an easy historical target. Then again, some other event might have come along. In the words of former White House Chief of Staff Rahm Emanuel, “never let a serious crisis go to waste.” In today’s charged political environment, events lasting more than a few days become “crises.” One such situation might have sent Washington into a tizzy that resulted in withholding even without Hitler. But that’s what triggered withholding.

Withholding is only one symptom of a chronic disease. Today’s monstrous tax code has evolved like cancer and metastasized into many areas of our lives. But we don’t need to just put up with the pain. The FairTax doesn’t require withholding from paychecks – not for income tax, Social Security, or Medicare. It cuts out the fiscal cancer and puts patients in charge of their own financial health management.