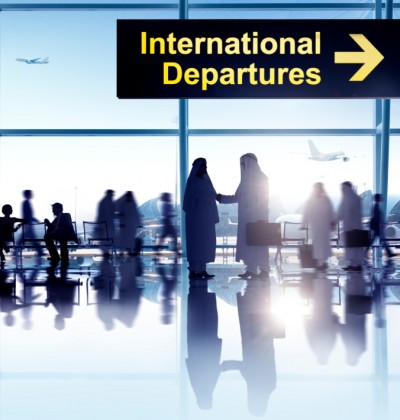 Maybe the bubble that separates Washington from the rest of country is more impermeable than our southern border, but, suddenly, the Obama administration has broken through concerning inversions. This is the practice where US corporations avoid being whacked by the highest corporate income tax rate in the industrialized world by moving operations (and jobs) to another country to avoid or reduce their taxes. This sudden interest by the Obama administration has the smell of election-year opportunism.

Upon discovery of this inversion perversion, Treasury Secretary Jacob Lew has become distressed that these inversions “hollow out the US corporate income tax base.” He’s called for Congress to make those dirty corporations pay their fair share of taxes and close this “loophole.” Republicans in the Congress are less than enthusiastic, which opens the door for electioneering Democrats to point the finger at those GOP rascals. You know, those scoundrels who always look out for the fat cats.

If Secretary Lew and his boss in the big white mansion engaged in some outside the bubble thinking, they’d find that inversions aren’t something new. Corporations shift their activities in response to onerous tax policies all the time. In fact, advocates for the FairTax have been talking about inversions and how they affect the US economy for at least 10 years. And inversions are only one of the many problematic features of our warped tax code that the FairTax would fix. Mr. Lew should also note that individual taxpayers try to avoid paying income tax too. Those with a few political connections, lubricated by campaign donations, might get their own personal federal income tax loophole.

Now that Mr. Lew has made this discovery, it would be great if he encouraged some House and Senate Democrats to support the FairTax in order to incentivize corporations to stay in the US, rather than to try to punish them for leaving to reduce their tax burden. He might start in Georgia where not a single Democrat is a co-sponsor of this legislation. But, of course, it’s an election year, so let’s get real here. Democrats’ endorsement of the FairTax would take away their opportunities to blast the Republicans for not patching loopholes benefiting those aforementioned dirty corporations. Job growth be damned when there are voters to be hoodwinked.

The FairTax would stimulate economic and job growth beyond DC, something the rest of us might appreciate. It would also dissolve the IRS. Wow, just think, we could avoid months of committee hearings and fist pounding over missing emails. Those hearings might cause a few unlucky scapegoats to lose their jobs, but, in the end, probably won’t result in substantive change. If the FairTax were passed and the IRS then disappeared, few tears would be shed outside the Beltway except among tax lawyers and lobbyists making big bucks gaming the current system. No more inversions, no more IRS. Two birds with one stone, so to speak. And job growth, to boot!

Georgia boasts about how it is home to lots of big companies that employ lots of people. I hope that lasts. But, global corporations aren’t the only ones moving for tax advantages. People vote with their feet too. Georgia state legislators take note. Pick up a copy of An Inquiry into the Nature and Causes of the Wealth of States. It documents how there has been a steady flow of citizens and jobs from states with high income tax rates to those with low, or better yet, no income tax. If you want to see that “hollowing out” that has Mr. Lew so concerned, visit Detroit. It ain’t pretty. Our state legislators would do well to put replacing the Georgia state income tax with a consumption tax high on their agenda in the next session while our Federal officials wrangle over the FairTax in DC.