Illegals and Non-citizens vote. Shouldn’t they at least pay taxes? 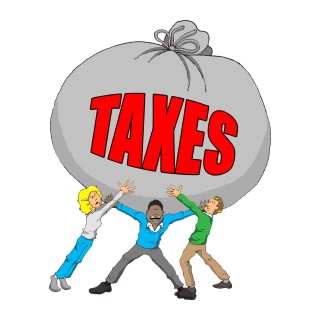 Recent data from the Cooperative Congressional Election Study (CCES), a consortium of academic teams, indicates that a significant number of non-citizens who cannot vote legally, in fact, do register and vote in US elections. The consortium is coordinated by Harvard University Professor Stephen Ansolabehere and the MIT Public Opinion Research Training Lab. The researchers concluded that although most non-citizens do not register or vote, enough do to potentially change the outcomes of tight contests.

The researchers took samples from 32,800 observations in 2008 and 55,400 in 2010. They found that over 14% of the non-citizens in both samples claimed they were registered to vote. This may be an understatement as it seems more likely that people being interviewed are not strongly inclined to admit that they do something illegal. The data also indicates that these votes are overwhelmingly cast for Democrats.

This is no small item. Senator Al Franken, (D-Minnesota) won his election in 2008 by 312 votes. That constituted 0.65% of estimated non-citizens in the state. It’s possible non-citizens may have given the Democrats the votes they needed to assure passage of the Affordable Care Act.

The population of illegal residents that live in the US under the radar, except maybe on election day, has an impact on the taxes you pay. Illegal residents don’t file tax returns and don’t pay income tax. They might file false tax returns to get bogus refunds, but it’s pretty likely they’re not sending checks into the US Treasury.

We’re not experts on how to combat voter fraud. That’s a task for others. But everyone living in the US, regardless of legal status, buys things. These non-citizens pay sales taxes on the items they buy. Hence, if the US passed the FairTax®, these people would begin to pay some portion of the tax burden. If they’re influencing policy through their votes, doesn’t it make sense that they should at least lighten the tax burden on legal residents and citizens? Isn’t that a reason every current taxpayer ought to support the FairTax?

Georgians for Fair Taxation (GFFT) is leading the fight in Georgia to pass the FairTax at the national level and to eliminate the Georgia state income tax and replace it with a broad-based, low rate consumption tax. You can help this effort by supporting GFFT’s activities: learn more; make a donation. Join our battle!

Click here to read the article by Guy Benson in Townhall.com detailing the data regarding non-citizen voting.