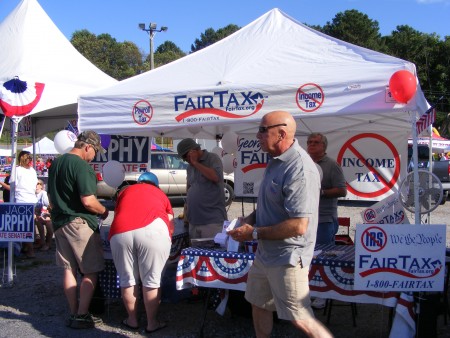 Diane and David also visited the Forsyth County Democrat Party booth to talk about the FairTax. According to Diane, they had a great positive back-and-forth discussion of the FairTax. One of their supporters in the booth told everyone in the booth that he was a FairTax supporter and already on our mailing list. With more discussions like this one to explain the FairTax, answer questions, and clear up misconceptions, we could get more bipartisan support for the FairTax bill. Good job Diane and David! 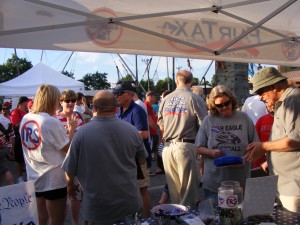