On April 18th, the 6th Congressional District is holding a special election to fill the seat vacated by Tom Price who was selected by President Trump as Secretary of Health and Human Services. There are 18 candidates running for this position. Debates are being held among the top contenders for the seat. The second debate was held this past Sunday. The topic was job interview. Each candidate was asked questions in the form of a job interview. Those attending learned more about the candidates’ experience and positions. 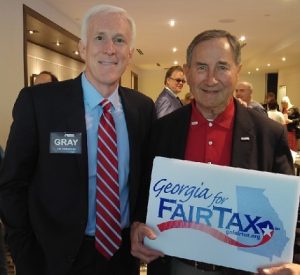 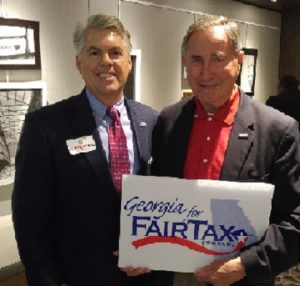 Tom Price was a strong advocate for the FairTax®, and we have lost his voice in the House. But two of the leading candidates for his seat are also FairTax supporters: Bob Gray and Judson Hill. Both of these candidates (shown above, at the last debate) have signed the FairTax Pledge.

There will be another debate on Sunday, April 9th at 6 pm at the Metropolitan Club in Alpharetta. Admission is free. We urge you to attend, learn about the candidates, show your support for the FairTax, and let the candidates who do support the FairTax know you appreciate their support!